A hurricane is a tropical storm with winds that have reached a constant speed of 74 miles per hour or more. The eye of a storm is usually 20-30 miles wide and may extend more than 400 miles. The dangers of a storm include torrential rains, high winds, and storm surges. A hurricane can last for two weeks or more over open water and can run a path across the entire length of the eastern seaboard.

Tropical system hazards come in many forms, including storm surge, high winds, tornadoes, and flooding. The National Hurricane Center will issue tropical storm and hurricane watches and warnings with these conditions:

An announcement that tropical storm conditions (sustained winds of 39 to 73 mph) are possible within the specified coastal area within 48 hours.

An announcement that tropical storm conditions (sustained winds of 39 to 73 mph) are expected within the specified coastal area within 36 hours.

An announcement that hurricane conditions (sustained winds of 74 mph or higher) are possible somewhere within the specified coastal area. Because hurricane preparedness activities become difficult once winds reach tropical storm force, the hurricane watch is issued 48 hours in advance of the anticipated onset of tropical-storm-force winds.

An announcement that hurricane conditions (sustained winds of 74 mph or higher) are expected somewhere within the specified coastal area. Because hurricane preparedness activities become difficult once winds reach tropical storm force, the hurricane warning is issued 36 hours in advance of the anticipated onset of tropical-storm-force winds.

Hurricane History in the Florida Keys

Florida is the hurricane capital of the United States. No matter where you live in the Sunshine State, you are vulnerable to the effects of a hurricane. 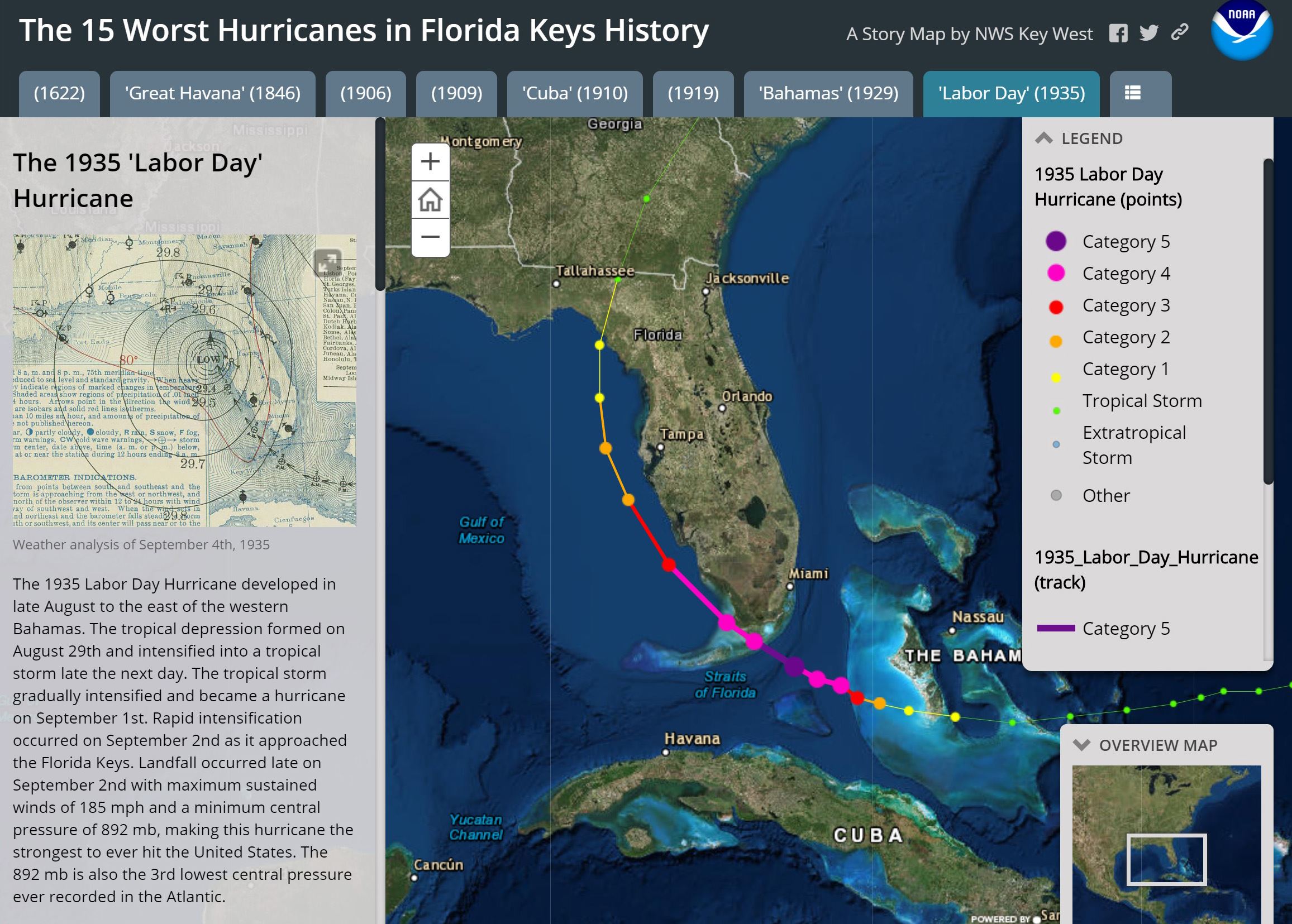 The Florida Keys experienced flooding, especially Gulfside in Key West and Marathon. Wilma was the second most expensive storm recorded with $18.6 billion in damage in Florida. In Key West, flooding occurred in 60 percent of all houses. Hurricane Wilma had a relatively low rainfall of 2 inches. Storm surges produced 2-3 feet of flooding.

The most intensely affected location occurred east of the eyewall landfall on Cudjoe Key with the Lower and Middle Keys being the hardest hit. Bahia Honda Key had 160 mph wind gusts reported. A statewide evacuation occurred.