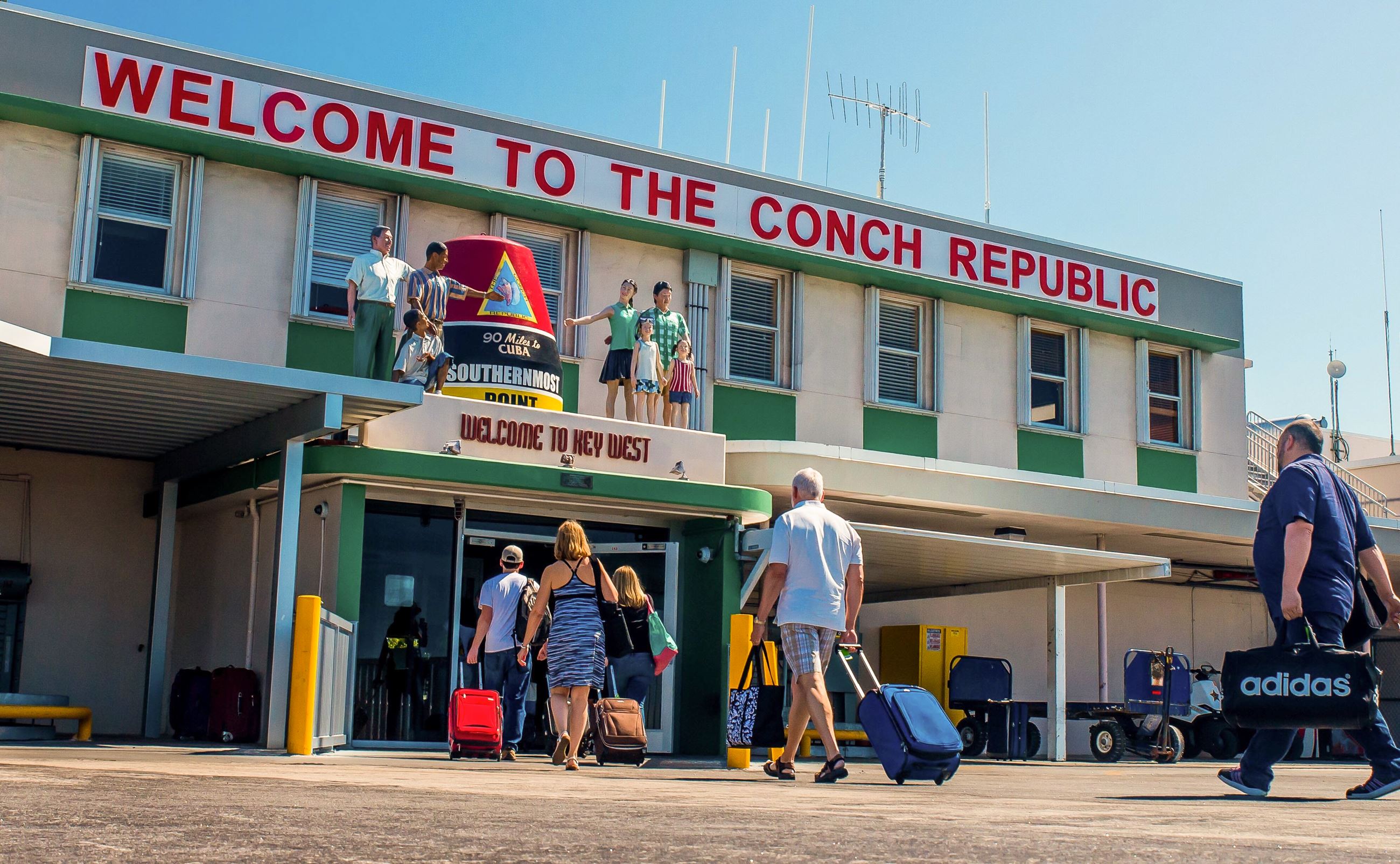 Both airports are self-supporting Enterprise Funds, which operate using money generated by rates and charges levied on airport tenants and users. The Airports Department operates the facilities and provides comprehensive aviation services.

Both of Monroe County’s airports are Federal Aviation Administration FAR Part 139 certified. Together they are a vital part of the County’s infrastructure and provide a strong economic foundation for the Florida Keys.

On Aug. 15, 2018, the County Commission approved the Key West International Airport Master Plan Update, a comprehensive study of the airport. The last one was completed in 2003.

This update includes plans for a terminal expansion project in the 6-10 year time frame. The terminal expansion will complement the new terminal that was built a few years ago. It will include a new departure lounge, with more space for passengers and concessions, and connections to jet bridges that will increase passenger safety.

And future projects in the Master Plan Update will continue the airport’s commitment to take into account sea-level rise. The recent runway improvement project elevated the runway by 6 inches.

The public airport is owned and operated by Monroe County. The Master Plan update included three technical review committee meetings, followed by three public hearings. The Commission approved the updated Master Plan now will be sent to the Federal Aviation Administration for approval and subsequent implementation.